Venus is the Roman equivalent of the Greek goddess Aphrodite. Cupid is the Roman version of the Greek Eros. Both of these colorful characters played significant roles in history. It was the judgement of Paris, naming Aphrodite the “fairest of them all” whom granted him the love of Helen; whose love launched the Trojan war depicted in the Iliad and the Odyssey. Other colorful characters of history such as Julius Caesar had Venus as the patron deity and claimed decent from the goddess herself. Both Venus and Cupid have been depicted on ancient coins of the ancient Greeks and Romans stretching from the B.C. times to even the mid-to-late Roman empire.  She was the mother of the Roman people through the link to her son Aeneas who fled Troy. Her functioned included those of beauty, sex, love, fertility and desire.

See an amazing collection of ancient coins depicting her and search for coins  that depict both her and Cupid.

Being the patron goddess of Julius Caesar, Venus is depicted on many of his coins. However, she is depicted on many other ancient Greek and Roman coins of the ancient times. Many times, her son Cupid is included in her depiction. Venus is also sometimes featured holding the Golden Apple which Paris granted the goddess in the story of the Judgement of Paris. A story that echoes in eternity and associated with the Trojan war. On Roman coins she at times has various functions she does, such as VENUS VICTRIX, or Venus of Victory. The most likely attractive type of Venus to collect is the one that shows her from behind with her half-draped buttocks showing. Enjoy the selection of ancient coins I put together for your pleasure. Julius Caesar – Roman Dictator –
Silver Denarius 19mm (3.89 grams) Struck February-March  44 B.C.
P. Sepullius Macer, moneyer
Reference: RSC 40; B. 48; B.M.C. 4175; Syd. 1074a; Craw. 480/14
CAESAR DICT PERPETVO, his laureate and veiled head right.
P . SEPVLLIVS MACER, Venus Victrix standing left, holding Victory and scepter, star set on ground to right.Probably the most famous portrait issue of Julius Caesar. This series illustrates the dictator’s break with the Roman custom forbidding the depiction of living individuals on the coinage, which may have contributed to the mounting fears (perhaps justifiable in retrospect) that he wished to do away with republican institutions and establish a new personal monarchy in Rome. These fears, combined with jealousy of his success and power, led to Caesar’s assassination on the Ides of March, 44 B.C. At the same time that the portrait subtly elevates Caesar’s status to that of a king, it also reveals his human frailty: the laurel wreath that Caesar wears was awarded to him by the Senate, but he reportedly wore it in public at all times in order to hide a bald spot. 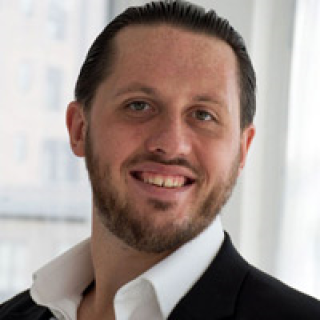